The title says it all! Today was the first day of World Maker Faire and what a day it was!

The day started out a bit on the rainy side, but the rain was short lived and at about 10:30 the skies cleared up and Maker Faire was in full swing.

I started to day off by loading up on some cool stuff from Maker Shed, so expect to see some projects with some of that stuff to come soon. Aside from hardware I also picked up a few books for the liberty as you can never have too many books.

After my shopping spree, I went to wonder the grounds. This year I wanted to see as much as I could (it didn’t happen but there’s always next year 🙂 ) and I looked thought the different 3D printers and I went over to the Raspberry Pi booth. This year I was lucky enough to see both Eben and Liz Upton from The Raspberry Pi Foundation. 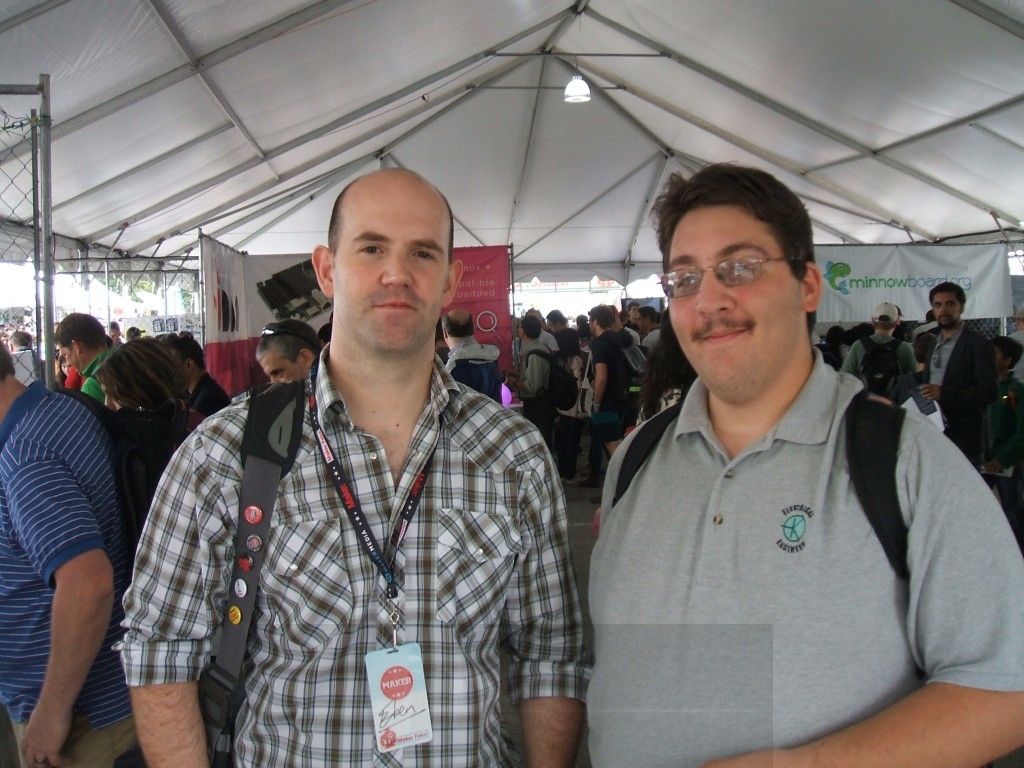 Eben Upton and me

Thought this year I only got a picture with Eben, sorry Liz! To make up for it, this is a picture from last year.

After talking with them for a bit (and buying two new Raspberry Pi’s) I headed out to see more of the show. This is when I ran across a cool hacker space from my neck of the woods, Make.Si! I had found them online last year but I never managed to get over to their space to check them out. This year they were at Maker Faire and I had a chance to talk to a few members. They seem like a great bunch and I think I will drop by next week.

After my two cool meet ups, I spend the rest of my day listen to different talks and just enjoying different displays. Just before I left, I did get to see the great Coke-Zero and Mentos Display by EepyBird. 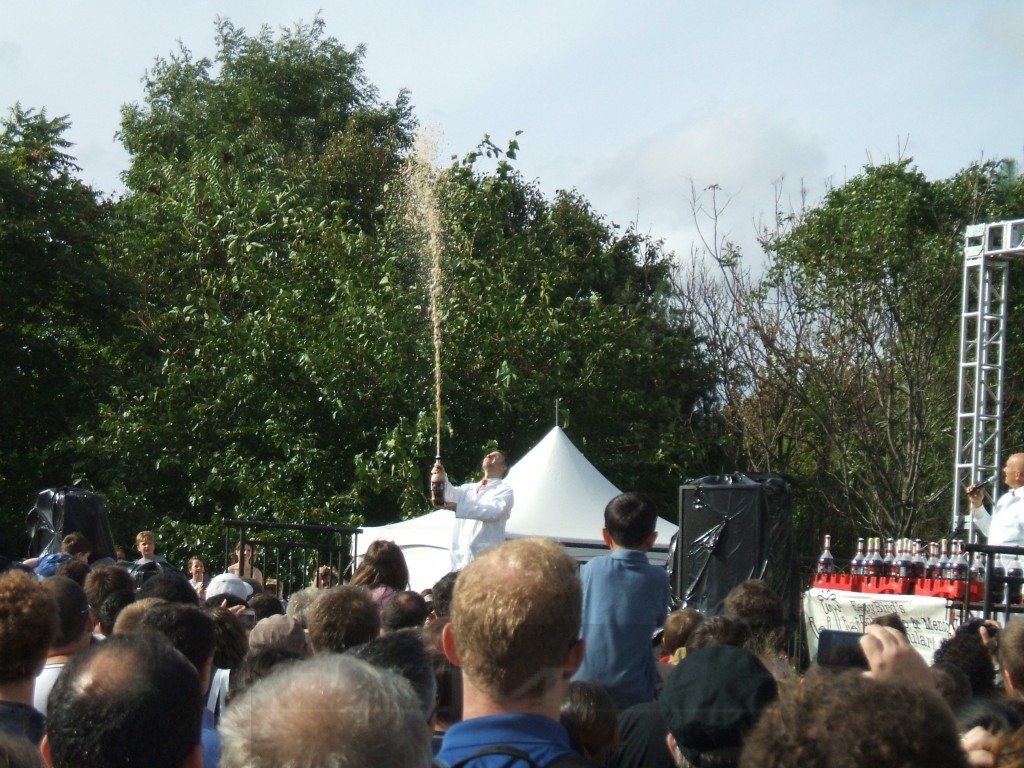 Watching this show was a great way to end the day. There was still a lot of the show I didn’t see but that’s just how it goes. World Maker Faire is just huge and I don’t think you can see it all in one day (plus see the different talks). I can’t wait to come back next year to see all of the wonderful things people are making and maybe I’ll come for both days.