I was able to complete my beta game faster then  I thought, so now it is ready to be tested by others.

The name I have chosen for the puzzle/game is Light Knight. Though I might change it in the future, I based the name on the movement of each player and the effect of lighting up empty spaces.

The rules to this game are pretty simple and they are the following.

Here is some images of the game. 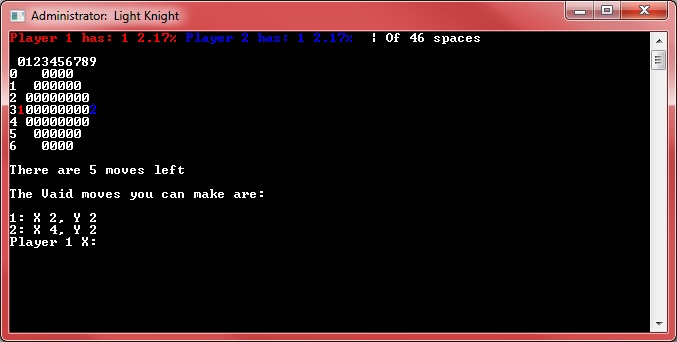 A look at the layout 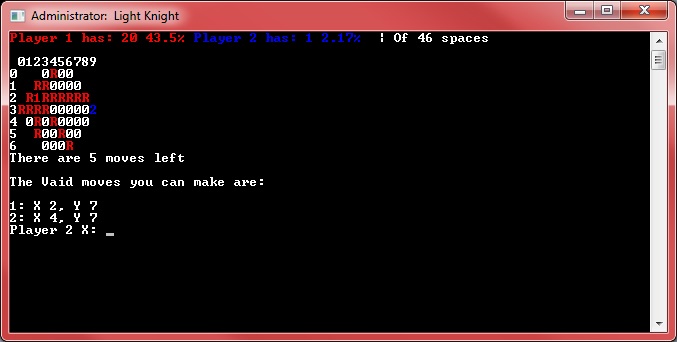 A look at player movement

This is a Beta game, as I feel there can be improvements made, so please let me know what you liked, disliked and if you find any bugs as I’m sure I didn’t get them all, Thanks!

Forgot to say, but windows only 🙂

Find the source code at: https://github.com/M-tech-Creations